This famous engraving of the 1833 Leonid meteor shower was produced by Adolf Vollmy. It’s based on a painting by Swiss artist Karl Jauslin, which, in turn, was based on a first-person account of the 1833 storm by a minister, Joseph Harvey Waggoner, who saw the 1833 shower on his way from Florida to New Orleans.

In that famous shower, hundreds of thousands of meteors per hour were seen! It was the first recorded meteor storm of modern times. 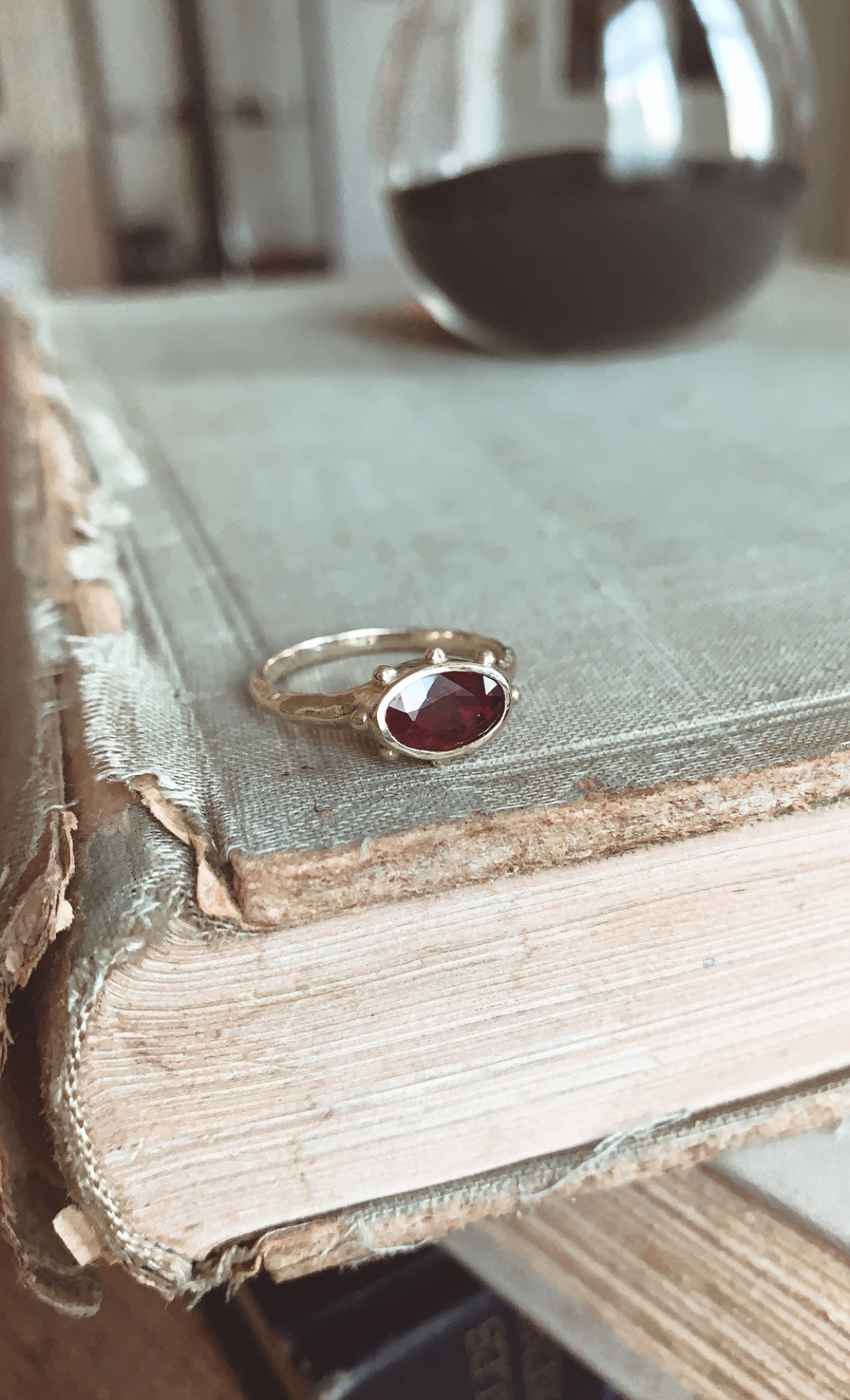 Unique one of a kind ring in 14k with a Ruby. This Ruby has been heated, which is a quite normal treatment to achieve a deeper color. When it catches the light it is a dark blood red, but sometimes this stone is almost black. When you held it up, letting the light through, it has purple and violet hints.

NEW* I made this pale blue Aquamarine moon, set in 14k gold. A unique one of a kind 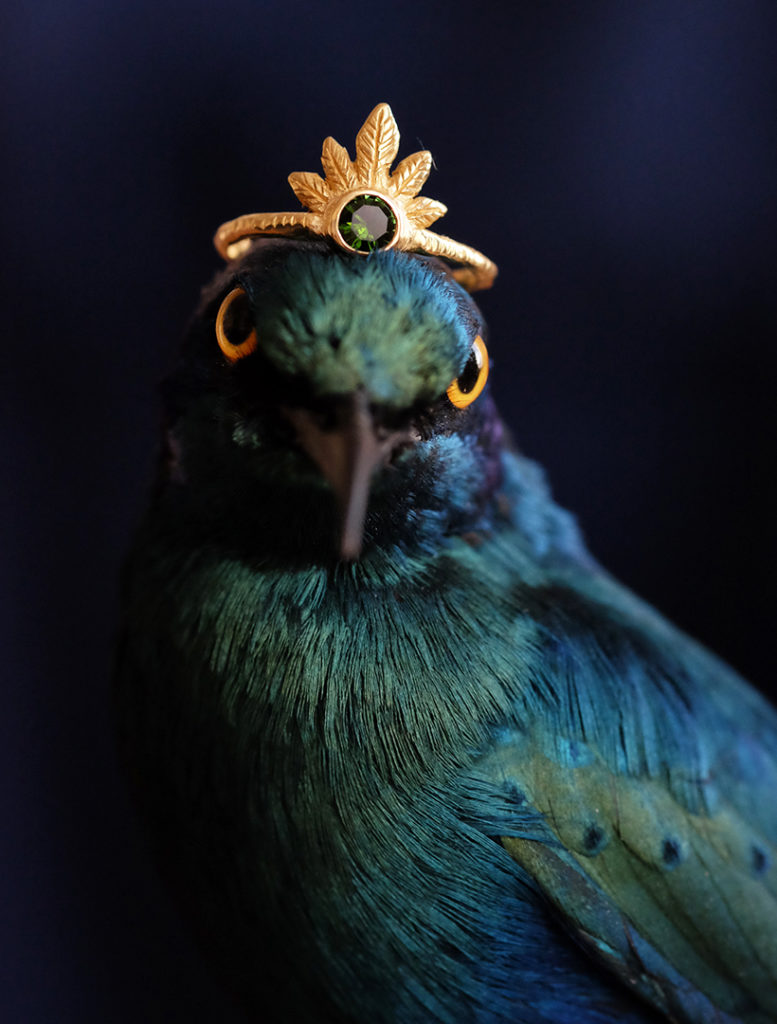 This beautiful starling has a place in my studio. When I saw it I immediately fell in love, I had found my Twinklebird. For this picture I crowned him with an 18ct ring with a dark green tourmaline. The picture came out so beautiful, I decided to turn it into postcards and business cards. 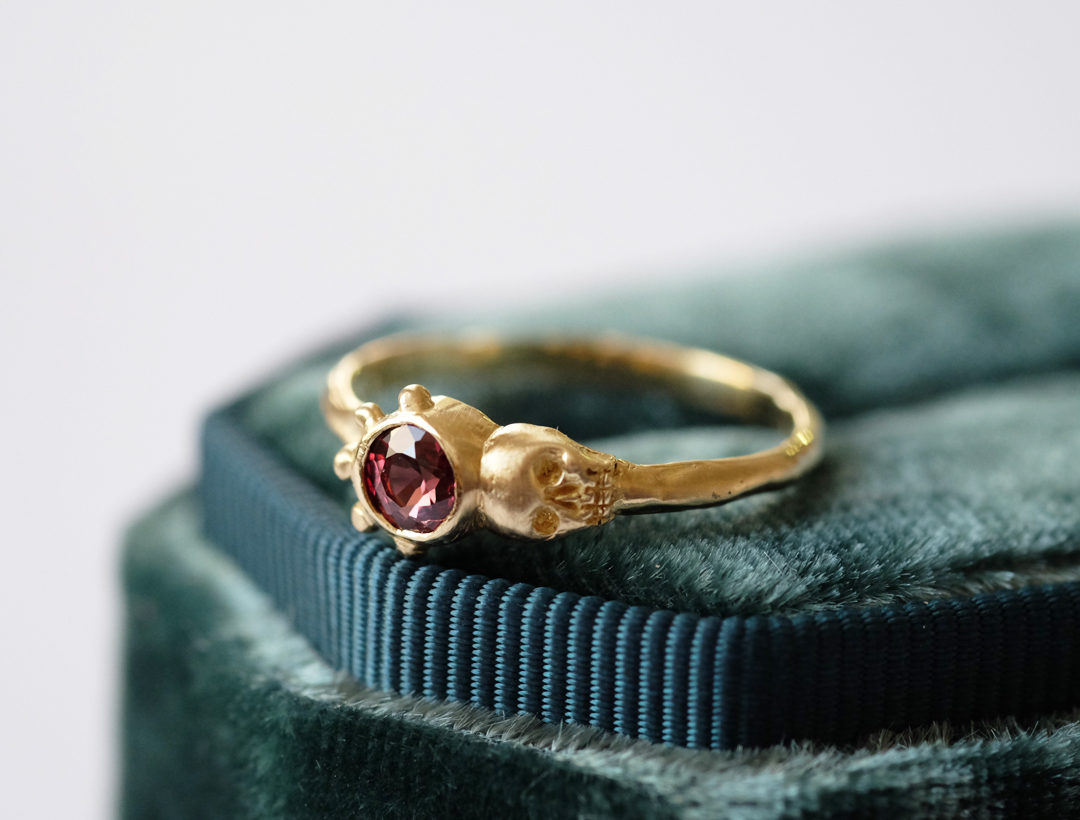 A new hand carved, one of a kind ring, with little skull and garnet in 18k gold. A memento mori piece; which means that all life comes to an end. This may sound quite creepy, but in knowledge of that it also tells you to live your life and love every moment. And it’s also telling you to keep in mind what is important and what’s not, like what is it worth… in the end. This one is up for sale!